Economists see a one-in-three chance that the U.S. economy is headed into recession in the next year, according to Bloomberg. This shouldn’t be much of a surprise as we may be nearing the end of one of the longest expansionary periods. The big questions are when will the recession hit, how long will it last, how severe will it be and what impact will it have on corporate site selection strategies. To help understand the impact of recessions on site selection strategies, we identified the following five ways a recession could be a good thing if you are considering any type of site selection or location decisions in the near future.

It is very clear that virtually all employers are struggling to find workers. As the unemployment rate has sunk to a historic low of 3.7%, a recession could provide a much needed reprieve as employers continue to struggle to find and retain talent. The economy is at full employment so this means employers are basically having to poach workers from other employers which drives up wages and attrition rates. If the market slows down, then labor markets should start to soften. From a site selection perspective, this could open up opportunities for companies to reconsider labor markets that became too tight and were eliminated during the site selection filtering process. The following table shows the historic unemployment through prior recessions:

The commercial real estate markets have gone through a significant uptrend over the last decade. As a result, real estate and construction costs are at all-time highs while vacancy rates, especially for quality office and industrial, are at lows. Finding quality office and industrial product has become a real challenge for companies and has caused many cities to be eliminated during the site selection process. If a recession hits, then new options could emerge as companies close down sites and potentially cause rental rates to decline. The following diagram shows how vacancy rates should begin to trend upward while demand slows down. 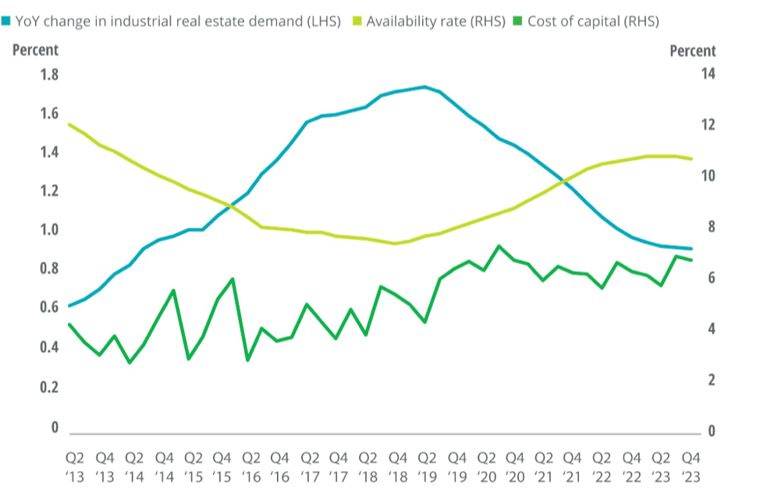 Since 1985, more than 325,000 mergers and acquisitions deals have been announced in the U.S.  In 2017, a new record was broken with over 15,000 deals announced. If the economy slows down, then you will likely see mergers slow down and corporate consolidation begin as companies will look to reduce expenses. These consolidations will typically occur in operations such as manufacturing plants, call centers, distribution centers and other corporate operations. To help determine where to consolidate and downsize, corporations will implement site selection studies to tell them which locations to keep and which ones to shut down. As a result, there will be cities that are winners and cities that are losers which can create opportunities for others to come in and backfill these locations. The following graph shows merger activity through previous recessions:

The Federal Reserve is gearing up to announce another interest rate cut. This will reverse the trend of rising interest rates and means good news for companies and consumers. Companies will have access to even cheaper capital which could spur some capital expenditures and possible site selection projects especially for capital intensive projects like manufacturing plants and data centers. While consumers could go back to the well for mortgage refinancing which would free up expendable cash to buy goods and services. The consumer impact on site selection trends could hit several areas including call centers doing refinancing to distribution centers shipping products out to consumers. The following interactive chart with the daily 1-year Treasury yield back to 1962 shows how the rate has changed during recessions in the past: 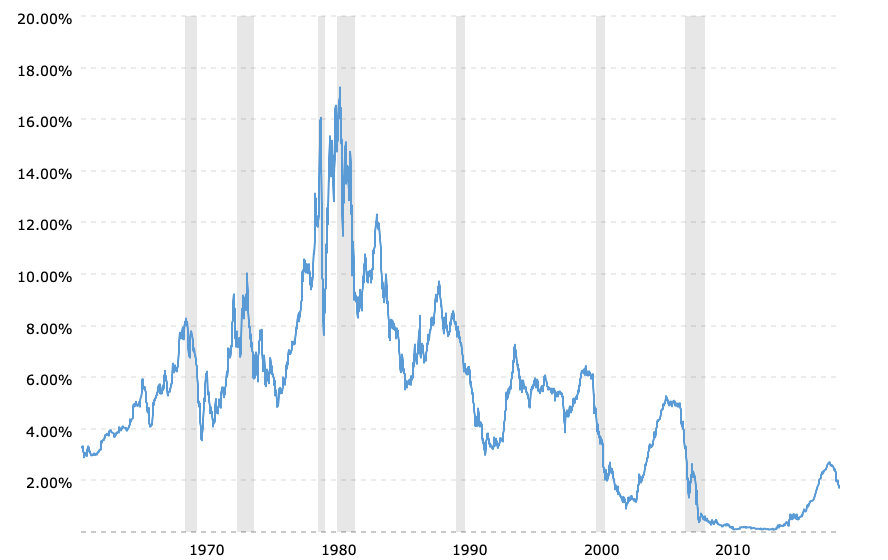 The frenzy of private equity money over the last five years has created what has come to be known as the “Unicorn Club.” These are startups that have rapidly grown to be valued at $1 billion or more. These high-growth companies include market leaders like Uber, WeWork, Instagram and Lyft as well as companies that crashed quickly like Theranos. A downturn in the economy could deflate some of these companies, which have been hiring a lot of workers and leasing a lot of office space. It shouldn’t be as bloody as the dotcom recession but it could definitely be troublesome for the job market as well as economic development organizations that gave these firms economic incentives such as cash grants, tax credits and tax abatements. The following illustration summarizes the rise of these Unicorns. 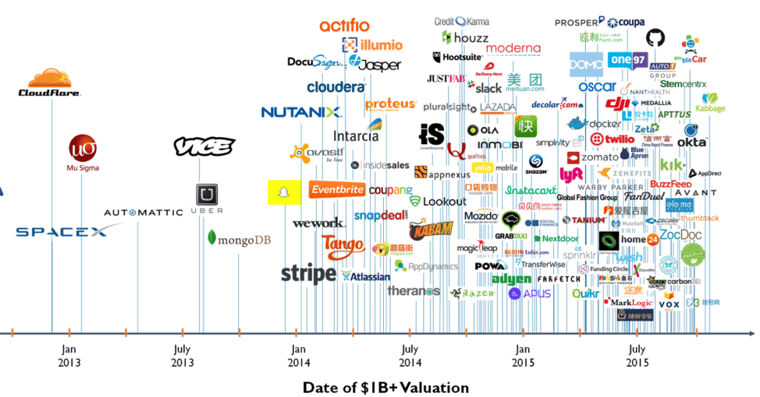 Recessions can definitely change a company’s site selection strategy as it is faced with many challenges including mergers, consolidation and the need to control costs. However, a recession can be seen as positive because it can soften labor and real estate conditions as well as create opportunities for companies that are still growing during a recessionary time. Overall, it is critical that companies are prepared for the changing economic climate and figure out what their site selection strategies need to be.