The Impact of Minimum Wages on Corporate Location Decisions

Minimum wage laws continue to be a hot topic across the U.S. due to the increased cost of living, tight labor conditions and mounting political pressure. As a result, the minimum wage in many states has increased over the last five years creating challenges for companies trying to control costs at existing locations and plan for new sites. These rising rates have especially impacted labor availability and labor costs for employers paying slightly above minimum wage. Retail, call center, warehouse and unskilled production workers will be among those most affected by the continued minimum wage increases.

To understand the potential impact on your location decisions, Site Selection Group released a detailed report  analyzing current and future minimum wage trends, 2020 Minimum Wage Report. The report provides detailed summary of the states with the greatest increases in minimum wages and which will potentially create the greatest risk for employers.  Some of the key findings outlined in the report include the following:

Future increases will pose the greatest risk to employers

With minimum wages trending upward in many states, it is critical to know which states will continue increasing their minimum wages, a phenomenon that can cause further wage inflation. The following map indicates each state’s minimum wage by 2025. 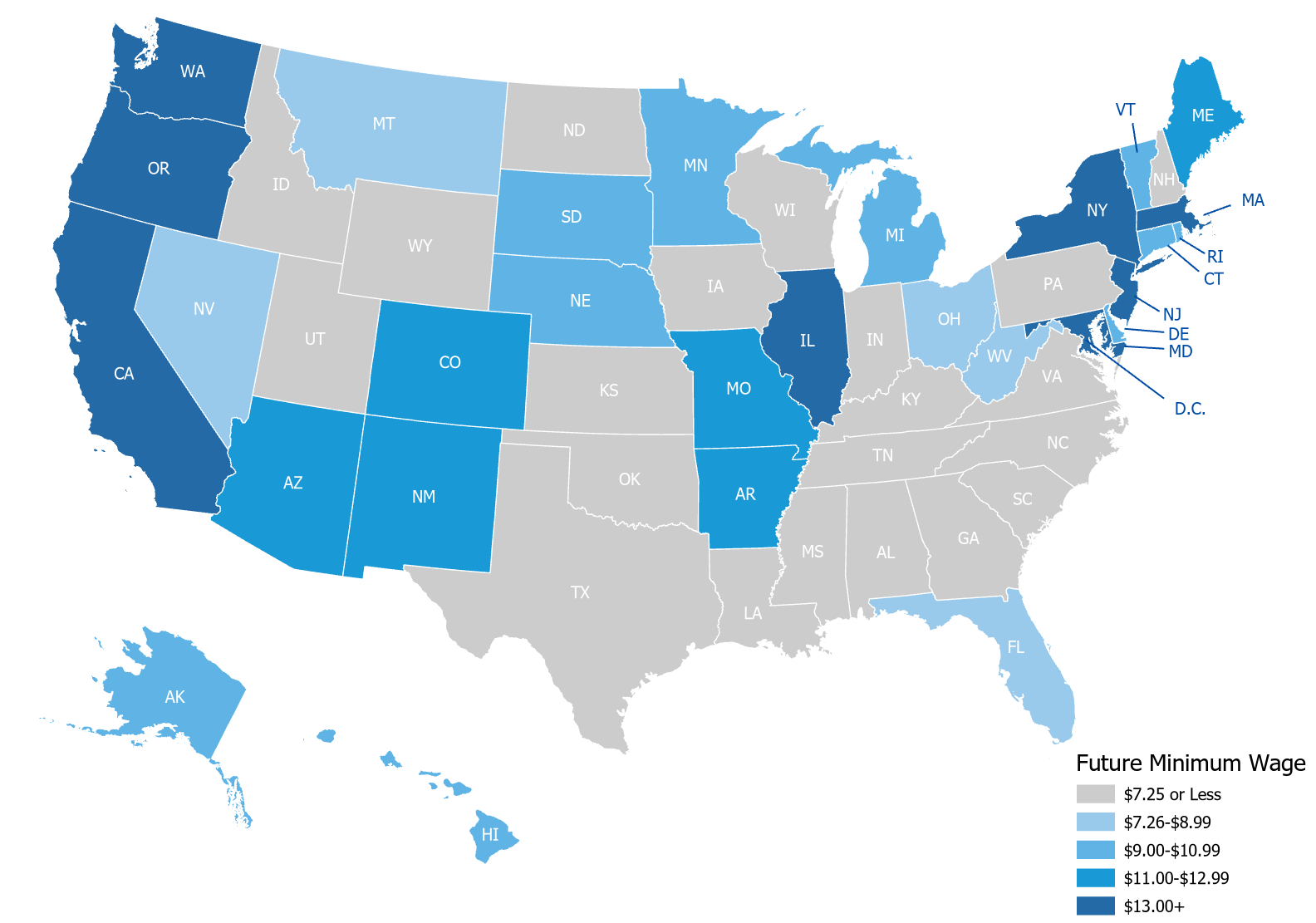 Minimum wage legislation will continue to be a critical factor that companies need to carefully monitor as many factors are influencing their changes. While Site Selection Group’s Minimum Wage Report 2020 primarily focuses on state and federal minimum wages, it is also important to evaluate municipal-level minimum wages as many cities have their own laws and regulations in this matter. Some examples include New York City, which will be at $15 per hour for all employees as of Dec. 31, 2019. San Francisco’s minimum wage increased to $15.59 as of July 1, 2019.  Seattle has also increased its minimum wage, which is correlated to the employee size of the company.  These minimum wage changes are only one factor that companies should consider during the site selection process. Other site selection factors such as labor availability, labor costs, logistics, business climate, real estate, economic incentives and other conditions that are specific to a company’s industry or operation type may prove to be more critical.