More than $1.4 billion in economic incentives

The largest economic incentive package of $700 million was offered to Toyota-Mazda for a joint venture to invest $1.6 billion to build a new assembly plant in Huntsville, Alabama. The company will create 4,000 new jobs paying an average annual wage of $50,000.

The following chart depicts the 369 projects by estimated incentive value:

The top 25 economic incentive packages announced in Q1 represent approximately $1.17 billion of the total $1.4 billion of estimated incentives, over 78%.  These projects in isolation will account for:

20 of the largest economic incentive packages in the first quarter

The following table identifies some of the largest economic incentive deals offered, in various industry functions, in the first quarter of 2018. These projects provide a great way to benchmark the range of economic incentives that exists for a variety of project types. However, it is important to understand the values are estimated and typically only reflective of state level incentives.

In addition, some notable first-quarter projects garnering economic incentives in the business services and call center industry functions are as follows:

The following chart depicts the breakdown of the 369 announced projects during Q1 2018 by industry sector: 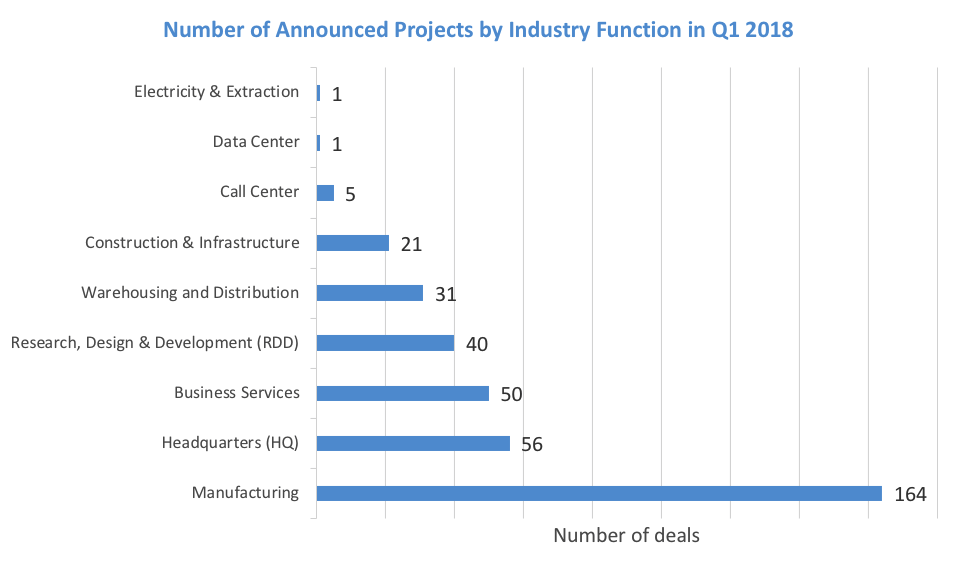 For additional information about these projects and others, please contact me at krendziperis@siteselectiongroup.com.