The Resurgence of Mexico as a Manufacturing Hub

Mexico has re-emerged as a leading destination for manufacturers, challenging China in the global marketplace. Mexico’s long history in the manufacturing sector, combined with the diminishing cost advantages of some offshore locations, has enabled the country to regain its competitive edge as a global manufacturing hub. As this trend continues, other industries will likely follow the trend to find great savings in this nearshore destination. 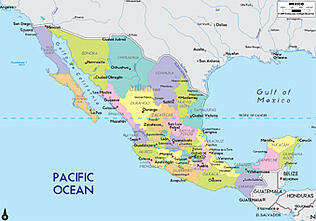 To identify regional trends within Mexico, Site Selection Group has conducted an analysis of the region to help companies understand the pros and cons for locating a manufacturing plant as well as other higher-end operations such as call centers, shared service centers and software development centers. The following information provides a summary of some of the key findings.

Mexico is one of the few countries in the world with enough population scalability to offer multiple metropolitan areas to consider when determining where to locate. The following table identifies 13 metropolitan areas with their respective population size that could be considered when evaluating the region.

Favorable labor costs have been one of the most critical location factors that has attracted companies to Mexico.  Wage inflation has remained relatively low in Mexico as compared to other fast-growing offshore markets, which has helped maintain lower operating-cost conditions. The following table compares annual base labor costs (U.S. dollars) for production workers, call center representatives and software programmers.

Companies expanding in the region

The region continues to attract some very large projects especially in the automotive sector. The following table identifies some of the largest projects announced in the last few years:

Mexico possesses some key attributes that has enabled the country to become staple location for many companies. The automotive sector has clearly discovered the region’s benefits while Mexico has also successfully attracted many white-collar operations such as call centers, shared service centers and IT related operations. Some of the positive location attributes of Mexico include the following:

Challenges of locating in Mexico

There are many challenges that companies will uncover as they try to expand into Mexico. Some of the challenges include the following:

Mexico has proven itself to be one of the leading low- cost manufacturing hubs of the world.  As the country continues to evolve as a premier industrialized nation, the region will attract a more diversified industry base beyond manufacturing.


*The expansion data used in this blog comes from the Conway Data New Plant Report, a publication of Conway Inc. and Site Selection Magazine.