Site Selection Group estimates that in 2020 more than $4.58 billion in economic incentives were offered to attract various projects in the United States ranging from office projects, such as headquarters and data centers, to industrial facilities, including manufacturing plants and distribution centers. Incentives are a vital tool for state and local jurisdictions looking for an extra edge to make their communities more attractive and cost effective for competitive projects.

As of the date of publication, Site Selection Group identified 2,582 economic incentive packages offered to companies across the United States during 2020. The total number of projects is on par with previous years despite the unique economic challenges faced last year. While the number of announced projects remained consistent, the total value of economic incentives offered appears to have taken a significant decline with an overall value of approximately $4.58 billion and an average award of roughly $1.77 million. In the prior year, $6.08M of economic incentives were awarded, with an average award value of $2.5 million.

The companies that were offered economic incentive awards in 2020 are expected to cumulatively create 309,899 new jobs and invest $71.02 billion, which represents an overall return on investment of approximately 6.4%. This, too, is a small decline from the previous year which had a return of investment of around 8.9%. The median value of all incentive awards from this year was approximately $150,000.

The most-used economic incentive type offered during 2020 was grants, followed by tax credits. These two categories made up roughly 88% of all announced projects with the next highest incentive type being loans and credits which made up 8% of all deals.

Number of Projects by Industry Function in 2020

The top incentivized industry functions were manufacturing and construction & infrastructure. Manufacturing also made a large impact in other categories, including capital investment where it consisted of 66.5% of all commitments with roughly $47.25 billion pledged to these projects and 26.9% of reported new jobs. Another notable industry function includes research, design & development which had the largest total job commitment, sitting at over 144,000 jobs – or approximately 46.6% of the 310,100 total.

The following chart depicts the 2,582 projects broken out by estimated economic incentive values: 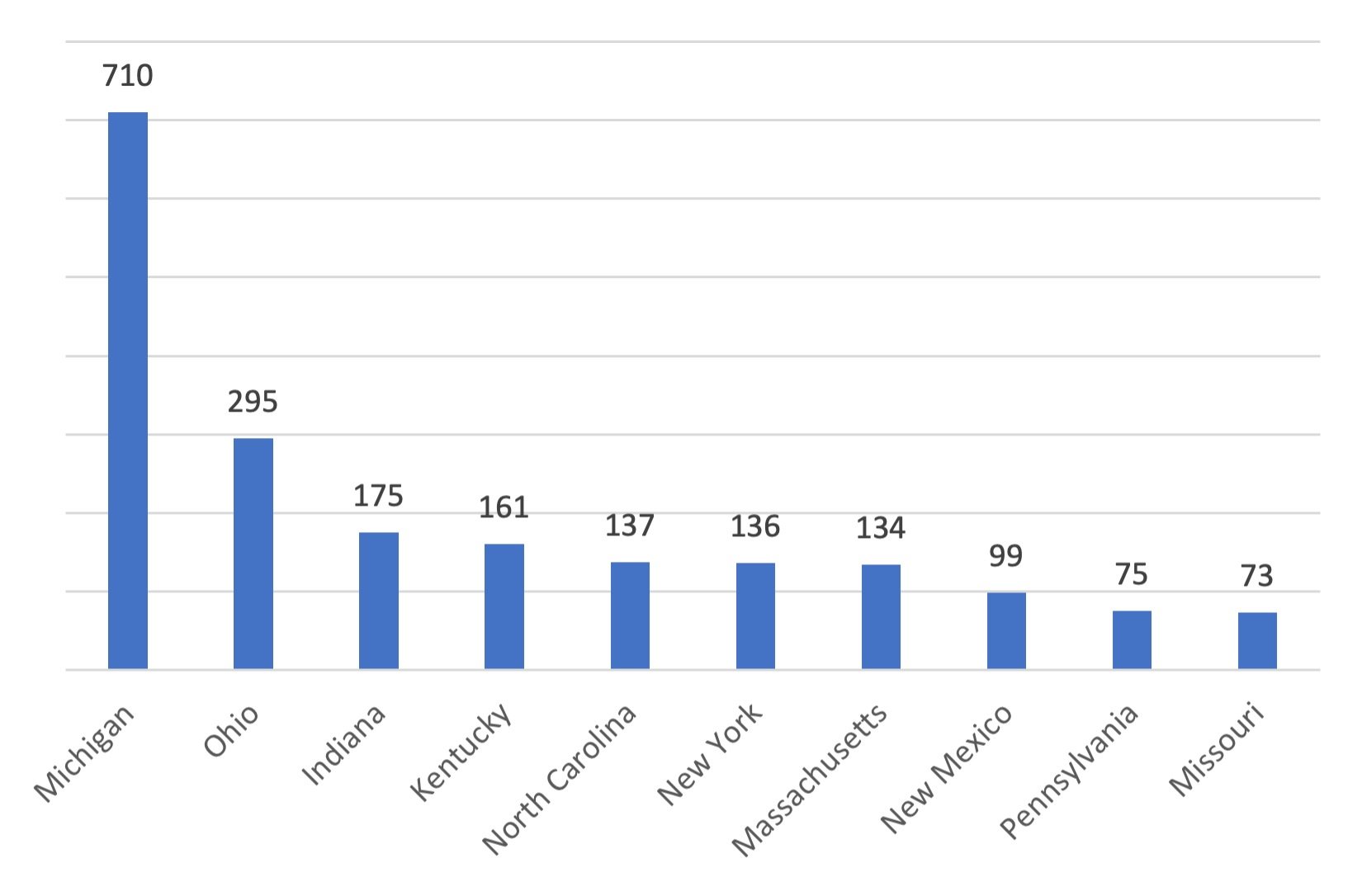 The largest economic incentive packages during the year

The largest announced economic incentive award of 2020 was offered to Centene Corp. from the state of North Carolina to establish a 1 million-square-foot regional headquarters and technology hub in Charlotte. The company, a provider of managed care services for public and private health plans, expects to invest roughly $1.03 billion into the project and create 3,237 high-paying jobs by 2032. The state reportedly competed with Florida and South Carolina for the project. The deal is the largest job creation project in the state’s economic incentive history.

The second largest project in 2020 was awarded to Taiwan Semiconductor Manufacturing Co. (TMSC), the world’s largest dedicated semiconductor foundry, which is establishing a new $12 billion chip plant in Phoenix. The project garnered attention from federal lawmakers who saw the project as a national priority and a step toward building up the United States’ capacity to manufacture advanced semiconductors domestically. When completed, the site will produce more than 20,000 semiconductor wafers a month and employ 1,900 people in high-tech jobs.

In the automotive sector, two significant announced projects were Tesla and Fiat Chrysler. Tesla dominated headlines for several weeks as it selected Austin, Texas, for the new location of its Cybertruck and Model Y plant in July. The company worked with Travis County and the local school district to secure roughly $63.9 million in economic incentives over 10 years. The other large announced automotive project for the year was Fiat Chrysler Automobiles’ plan to invest $400 million to relocate its production operations from Italy to its Indiana facility. This project, which will include the retooling of an existing transmission plant, will create 200 jobs in the area and retain 1,000 employees at the Kokomo site.

We continue to routinely monitor announced projects to help companies estimate the level and type of economic incentives that may be applicable to future projects.

Please note that the analysis above is based on publicly available data at the time of this article. In addition, the current annual data is compared to the information available at the time of prior annual articles.