As companies seek to drive savings through offshore location strategies, the Philippines has emerged as one of the destination of choice for back office operations such as call centers, shared service centers, information processing and IT service operations. After the dot-com recession of 1999, Site Selection Group began locating companies to the Philippines when were desperately trying to cut costs. This was during the very early stages of offshoring in the Philippines, back when less than 50,000 back office employees were operating in the entire country. Today, the Philippines has grown to house more than 800,000 employees performing back office functions ranging from customer service to technical support. 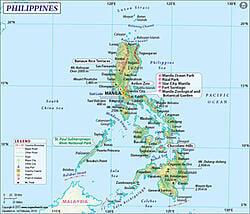 Companies are now asking if the region can handle the continued influx of companies seeking to expand into this dynamic region of the world. To address these uncertainties, Site Selection Group has profiled the Philippines to evaluate the pros and cons of the region.

Cities to consider in the site selection process
The country’s capital, Manila, with a metropolitan statistical area population of more than 12 million people has become ground zero for companies entering the country. Manila offers the easiest access to all the major global gateways and possesses some of the best English-speaking labor talent. As labor competition has grown, companies have been expanding the search area beyond metro Manila into the surrounding pockets where labor costs are lower and competition is less. Labor costs will typically be 10% to 20% less in the tertiary markets. The following diagram identifies examples of the various cities by tier that should be considered when evaluating the region

Companies that have expanded in the region
The region continues to attract some massive projects from across the world. According to IBPAP, employment in the business process outsourcing (BPO) sector has grown from 236,000 in 2006 to 777,000 in 2012. The largest employers in the country are the traditional third- party BPO firms and large Fortune 500 companies such as Dell, Citibank, Capital One and Bank of America. The following table identifies some of the largest U.S. based employers in the country:

The value proposition of the Philippines

The Philippines continues to offer some of the most desirable location attributes, making it attractive for companies seeking to expand into the region. Some of the key reasons include the following:

Challenges of locating in the Philippines

With high growth comes challenges. There are many challenges that companies will uncover as they try to expand into the Philippines. Some of the challenges include the following:

Companies continue to search for the next Philippines and they quickly find out that there really isn’t any other global location offering the same level of scalability at that cost point. The Philippines’ success has almost become its own worst enemy as wages continue to inflate and employee attrition escalates. The region clearly has a lot to offer companies as they seek to lower their operating costs; however, it is only a matter of time before the disadvantages outweigh the advantages of locating in the Philippines. How long is the magic question.