Data center site selection in 2018 has experienced explosive growth across the U.S. and the world, with all projections being that the full year will set a new record. A recent report from Cisco projects that global Internet traffic is expected to increase threefold by 2021 to over 3.3 zettabytes. One zettabyte equals 1 billion terabytes (or approximately 250 billion DVDs) and is indicative of a significant amount of data to be stored and handled, which will require more global data center capacity.

U.S. data centers continue to get larger with significant investments. It seems that not a week goes by without another major announcement in data center site selection in both size and capacity of each new data center project. New developments both in the Top 10 data center markets — especially in Northern Virginia, Dallas-Fort Worth and Chicago — along with other smaller metro areas that can provide significant infrastructure, affordable power and incentives. 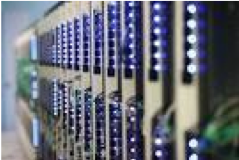 Since the beginning of the year here are a few representative samples of the major data center projects across the US:

AT&T is the latest telecommunications company to spin off its data center colocation portfolio. Following a similar exit strategy by Verizon, Windstream and CenturyLink, AT&T will sell 31 data centers primarily located in the US to Brookfield Infrastructure Partners. Brookfield will take this $1.1 billion acquisition to form a new yet-to-be-named global colocation business.

There have been similar exit strategies by other telecommunications giants over the past few years. Verizon sold its global colocation portfolio totaling 29 facilities, including the massive NAP of the Americas in Miami, to Equinix for over $3.6 billion. CenturyLink netted over $2.15 billion for its 57 facilities in North America from a private equity group that renamed this business Cyxtera.

The data center commercial real estate sector has become very crowded with many new players with significant amounts of capital to invest. With the major data center REITs such as Digital Realty, Equinix and Carter Validus typically being the “go to” acquirer, that dynamic has changed in 2018, with billions being poured into this sector. 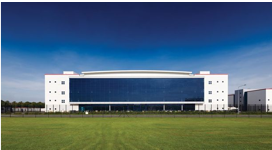 Liquid cooling is growing as an important technology and becoming mainstream

Cooling this increased power workload can be a challenge for air-cooled systems. Many of the hyperscale cloud operators such as Facebook, Apple, Google and Microsoft, are already using some form of liquid cooling for some workloads. This technology is now being implemented with some other enterprise users.

And the concept of liquid immersion cooling is as it sounds. The cooling fluid is either submerged or circulated within the computer server or its components to better remove the heat. The energy efficiency of these cooling designs also enables significant cost savings, which is another strong incentive to these technologies.

The 2018 data center market remains on an upward spiral, exceeding what had been a record-breaking year in 2017, with the second half promising similar robust results as the first half of 2018.