The last five years have clearly been one of the most incredible times to be in the site selection and economic incentives business. It is estimated that during this time there were over 5,000 corporate expansion projects across the U.S. involving more than 50,000 jobs, $5 billion in capital investment and $5 billion in economic incentives. There are many factors that influenced this massive growth wave, including an expanding economy, the release of hoarded corporate cash, new corporate tax policy and technological advances to name a few. However, there is one factor that was new to the game in this historic economic growth period – private equity funding.

According to Pitchbook, there were over 4,000 private equity deals completed in 2017 that infused $565.9 billion of private equity capital into companies. More importantly, if you look at the growth in these investments over the last five years, you will see a similar growth pattern of site selection and economic incentive deals. The following graph provides summary of private equity growth in the U.S. 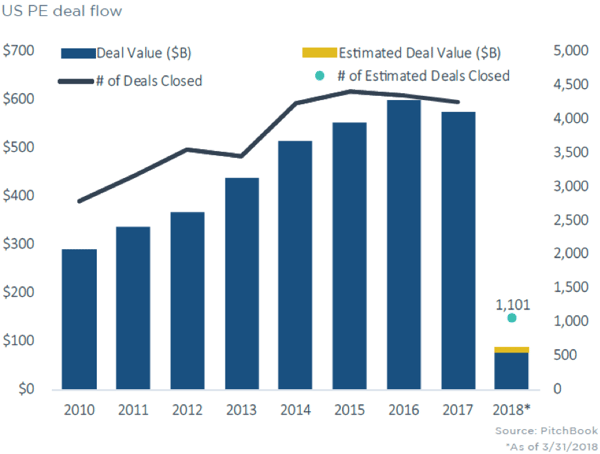 What is going to happen next?

Most private equity firms have a three to five-year hold time on their investments as they need to return profits to their investors. So these companies are either going to have to be sold or merged with other companies so they can get the next round of private equity to come in for another bite of the apple. Many people are asking if this could be the source of the next bubble to burst; however, only time will tell. Regardless, these private equity deals are definitely influencing site selection and economic incentive deal activity.