With the economy going strong, there has been a ton of site selection activity across the U.S. for high-end corporate campus projects. These site selection projects are very industry diverse and include big name companies such as Amazon, Apple, Snapchat, JPMorgan Chase, Google, Infosys, State Farm, NTT Data, Liberty Mutual and many more. These mega projects are attracting huge economic incentive packages and are gobbling up labor across metro areas. To help understand the impact on your site selection decisions, Site Selection Group has analyzed where these projects have landed as well as where many of them are shortlisted to help you plan for the future.

The quest for more labor is the No. 1 factor behind most of these mega site selection deals. Most companies have gotten so large at their headquarters location that they are tapping out their existing labor markets. As a result, some companies are setting up operations strategically in other submarkets within their existing labor pool or they are expanding into totally new metro areas to find totally new labor resources while often reducing labor cost at the same time. For example, Amazon and Apple are both searching for new labor markets as they have outgrown their headquarters labor markets. When leaving high cost labor markets like San Francisco and Seattle, these companies can often reduce their labor costs by 20 to 30%.

Economic incentives should always be considered “icing on the cake” when making your final site selection decision. These mega projects have attracted some of the biggest economic incentive packages which include cash grants, tax credits, tax abatements, training grants and a variety of statutory and discretionary state and local economic incentives.

The following provides some good examples of the types of economic incentive packages that have been awarded:

The impact of these mega-deals on your site selection decisions is critical. Most of these projects are branded employers paying premium wages so they can be an employer of choice. Just think of the impact of Amazon landing in your city as they ramp up to 50,000 employees. Your employee attrition and labor cost for quality talent are going to skyrocket.

To help you stay informed, Site Selection Group has mapped most of these mega-deals to help you visualize where the deals have happened or may be happening in the the future. 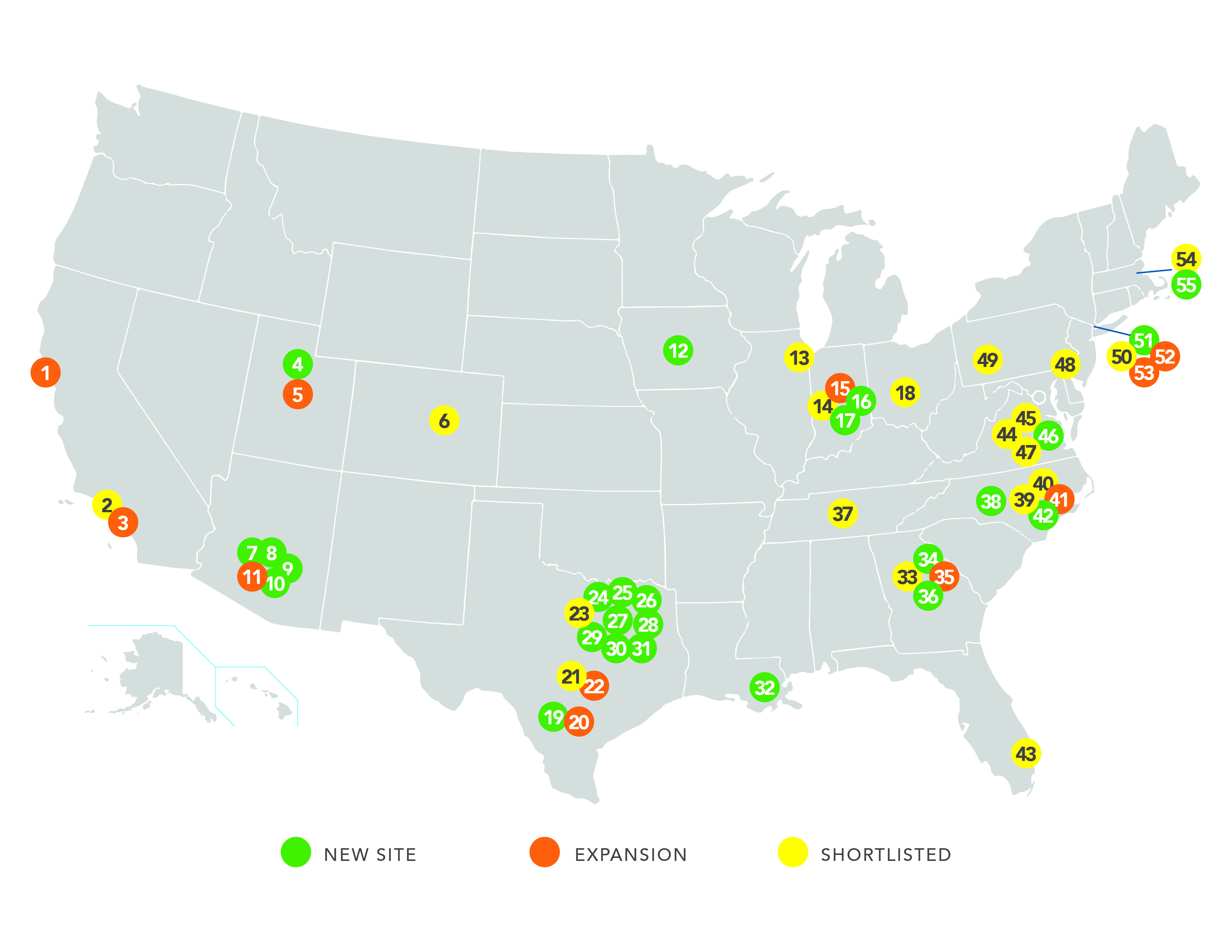