As widely reported, Foxconn Technology was offered $3 billion in incentives over the next 15 years from the state of Wisconsin to establish a 20 million-square-foot manufacturing and campus facility. The company plans to invest $10 billion and create 13,000 direct jobs paying an average wage of $54,000 and 22,000 indirect and induced jobs. For additional information on the Foxconn project, see my article at: https://info.siteselectiongroup.com/blog/foxconn.

The next largest incentive package of $207.9 million during the third quarter was offered to Apple, which plans to invest $1.37 billion to build two new data centers totaling 400,000 square feet in Waukee, Iowa. The project will create 50 new jobs and 550 construction jobs.

The 329 announced economic incentive packages represented 34 states, led by Kentucky with 47 deals, Michigan and Ohio with 26 and North Carolina with 23. The states that included projects with the largest amount of incentives offered include Wisconsin with $3.04 billion (Foxconn), Iowa with $212 million (Apple), New Jersey with $174 million, Michigan with $142 million and Ohio with $104 million.

The following chart depicts the 329 projects broken out by estimated incentive values: 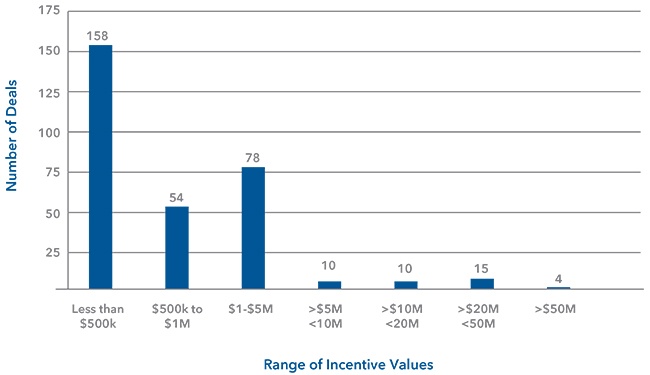 The top 25 economic incentive packages announced in the third quarter represent approximately $3.83 billion of the total $4.2 billion of estimated incentives, over 91%. These projects in isolation will account for:

The following graph reflects the top 25 projects by industry function: 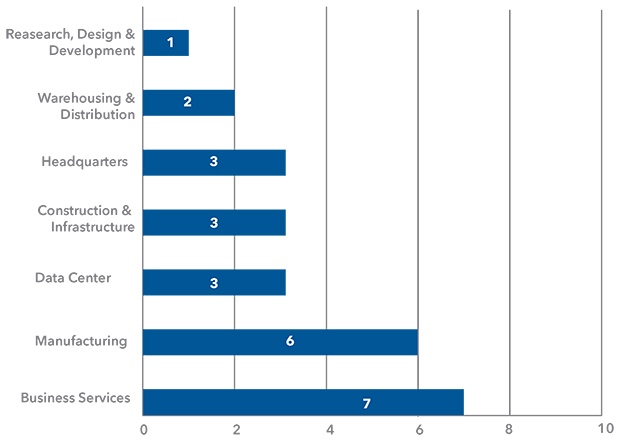 In addition, some notable third quarter projects garnering economic incentives in the business services and call center industry functions are as follows:

Number of Projects by Industry Sector During Q3 2017

Number of Projects by Industry Sector, Between 2010 and 2016 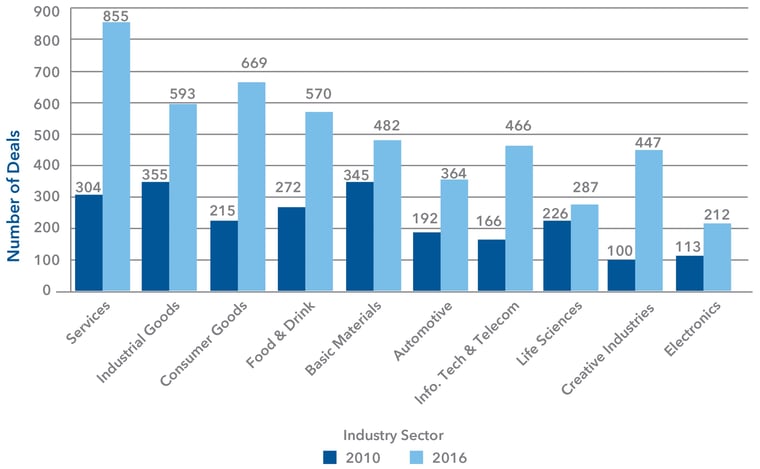