The Tax Cuts and Jobs Act (TCJA), H.R. 1, included sweeping federal tax reform and now state legislatures are grappling with how to conform. Most states calculate corporate taxable income by referencing the federal Internal Revenue Code. The differences in conformity are commonly known as rolling/moving date conformity or static/fixed-date conformity. Rolling conformity means a state automatically adopts federal tax law changes unless it decouples from specific legislation. Static conformity is adoption of the Internal Revenue Code (IRC) as of a certain date. Whether a state has rolling conformity, static conformity or decouples from the IRC will determine how federal tax law changes are treated from a state income tax perspective and could result in further state reconciliations.

The differences in federal and state corporate income tax treatment have a direct impact on how effectively state and local jurisdictions compete for business investments and economic incentives offered. This article highlights a couple of the more notable federal/state conformity issues that are frequently considered during the site selection process.

IRC Code Section 118 affects state economic incentives which, prior to TCJA, allowed a corporate taxpayer to exclude contributions to capital from gross income regardless of whether they were provided by a shareholder or a third party. In lieu of including the contribution as part of gross income, a corporate taxpayer would reduce its basis in the asset acquired by the amount received. This resulted in a deferment of tax liability, rather than a tax-free transaction, essentially to the time when the asset was sold.

The TCJA changed the treatment of capital contributions by only allowing the exclusion from gross income for contributions made by shareholders. Grants and reimbursements made after Dec. 22, 2017, by state and local governments will, therefore, be considered gross income and immediately taxable. This will significantly affect real estate construction because real estate developers frequently used this provision to receive tax increment financing on a tax-deferred basis. In addition, questions remain involving which incentives really are considered contributions to capital and what various exceptions under the new TCJA mean, such as the exclusion of contributions made after Dec. 22, 2017, if the contribution occurs pursuant to a master development plan approved prior to such date. States will likely not want to conform to the amended Section 118 because it will lessen the impact of economic incentives offered to companies or force them to offer more in consideration of the immediate tax offset.

As reflected above, there could be a significant gap between a state that adopts the TCJA and one that does not, which could influence the overall cost comparison between two competing sites, especially when the capital investment is large.

The chart below shows how states conform to bonus depreciation under TCJA and Section 168(k) as of the date of this article: 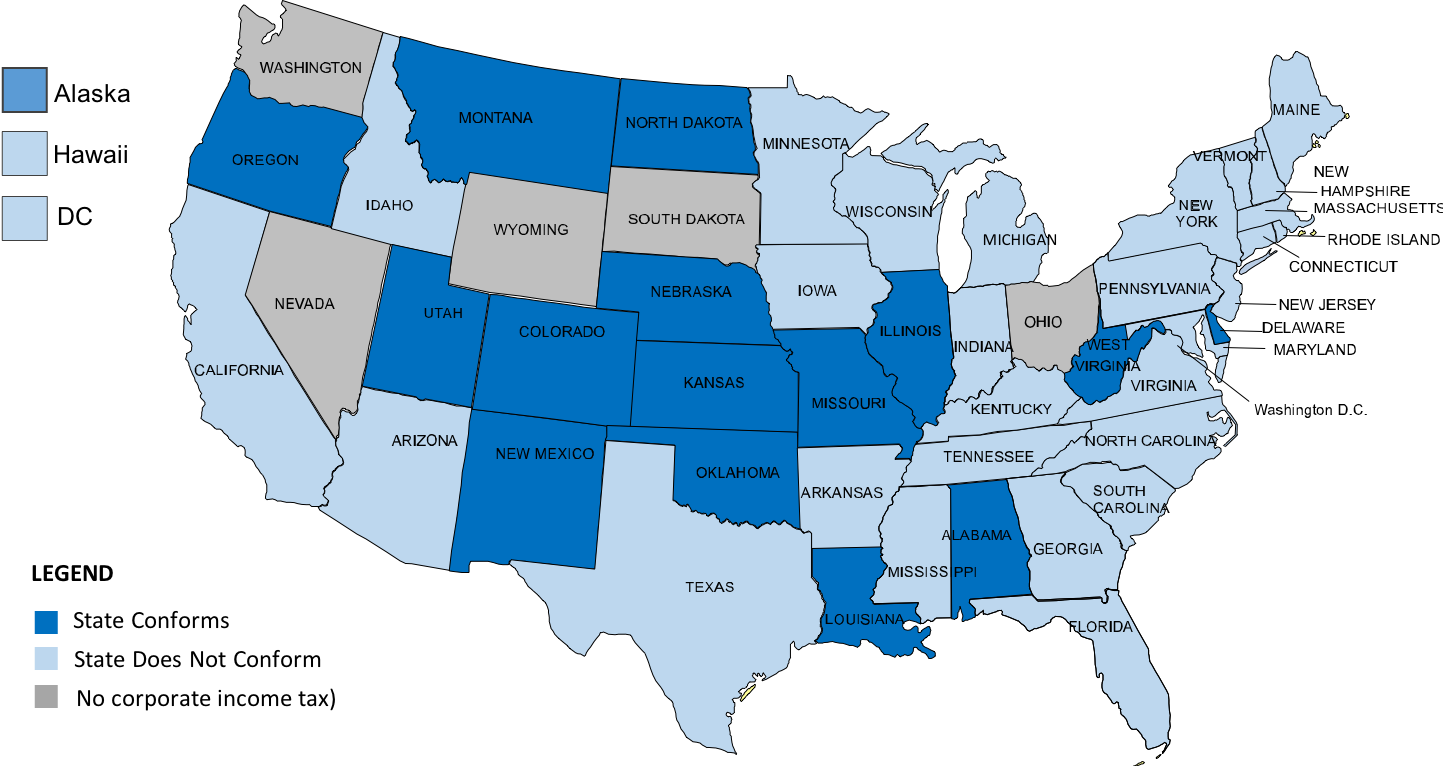 State legislatures will continue to analyze how they will conform to various TCJA provisions, which should be monitored closely.

For additional information about these provisions or others, please contact me at krendziperis@siteselectiongroup.com.