The Impact of Global Wage Inflation on Site Selection Decisions

As companies seek to find the optimal locations to expand, they frequently face challenges when accounting for wage inflation and foreign exchange risks in their business plan. Economic adjustments based on rising wage inflation can have a major impact on long-term savings anticipated as a result of these site selection decisions. The old rule of using the consumer price index (CPI) to measure inflation just isn’t enough to predict inflation in labor costs and its potential impact on your long term cost objectives.

To help evaluate trends in global wage inflation, Site Selection Group analyzed wage inflation in 10 global locations for three occupation types to illustrate the impact that wage inflation and currency exchange will have on location decisions. The locations selected provide a good representation of some of 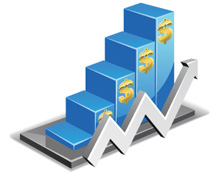 the traditional low-cost regions such as China, India, the Philippines and Poland as compared to the United States. The occupations included inbound call center representatives, unskilled production workers and software programmers — functions that typically see the greatest amount of offshore movements in an effort to maintain a low-cost structure.

The analysis compared the base salary, excluding benefits, of each occupation over a five-year time span between 2008 and 2012 using the average currency exchange rate of each year. It is important to note that you will also need to consider your employee benefit costs, which will be an estimated at 35% in the United States as compared to around 45%-50% in many of the offshore markets.

The following summary identifies some of the overall trends found in each industry sector with these occupation types.

The call center industry has become one of the fastest growing global industries over the last decade primarily due to offshore outsourcing. Hot spots like the Philippines and India have become the staple locations in the industry. The Philippines had wages increase by over 60% over five years or 13% per year while India had lower inflation of approximately 30%, or 6% annually. Wages continue to increase in these markets at an estimated 7% to 10% per year for the foreseeable future.

China has become one of the primary destinations for offshore manufacturing operations. However, the unprecedented growth of the region has caused wage inflation to decrease China’s value proposition. With an average annual inflation rate of more than 17%, companies are looking at other lower-cost locations like Vietnam as well as reshoring back the U.S. or Mexico. As China’s value proposition continues to deteriorate, there will continue to be a surge of growth in alternative geographies.

Speed-to-market is one of the biggest challenges faced in the information technology industry. The ability to deliver software-related products to the market as quickly as possible has created new opportunities for geographies with suitable talent. Technology companies are literally working around the clock by taking advantage of software development hubs in locations such as India and Poland. India continues to be the dominant offshore destination despite the average annual wage inflation rate of more than 12% The talent pool in India for software developers is considered one of the best in the world, while fast-growing regions in Eastern Europe, such as Poland, have actually seen negative wage inflation due to depressed economic conditions.

Fluctuating labor inflation rates will continue to create global movement in cost-sensitive operations. Nearshore and offshore destinations will continue to play a significant role in corporations’ global supply chain as a result. It is critical to closely monitor wage inflation and currency exchange rates as they will impact corporate profitability and global site selection decisions.