The call center industry continues to shift jobs to and from onshore, nearshore and offshore geographies. With the current trend of onshoring taking center stage, the United States led overall growth with 215 projects announced with 66,231 jobs due to strong economic conditions and corporate reshoring initiatives. India and the Philippines led in job creation in the offshore regions. India reported 19 projects creating 30,950 jobs and the Philippines had 28 projects involving 24,805 jobs. Nearshore destinations in Latin America and the Caribbean also incurred significant growth by creating 16,429 jobs at 36 announced projects. The following pie charts summarize the growth of call centers across the world: 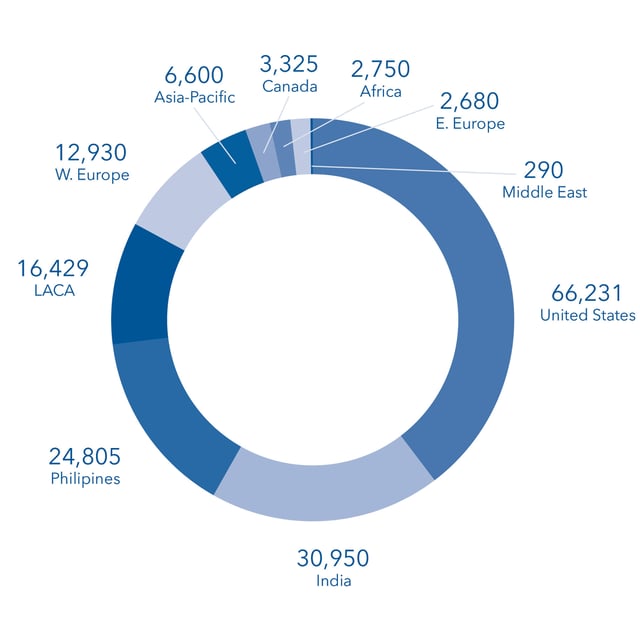 The expansion of onshore call center operations in the United States continued during 2017. As in years past, many companies reshored operations from the Philippines, India and other offshore markets as they sought to improve quality levels despite higher costs. Site Selection Group estimates that 215 call centers opened or expanded within the United States. These centers created 66,231 total jobs, which has caused many labor markets to become tighter and put wage pressure on employers. The Southeast and Southwest regions of the U.S. accounted for the majority of the growth generally due to more attractive labor conditions, lower operating costs and availability of economic incentives. The following pie charts provide a summary of expansion data within the United States. 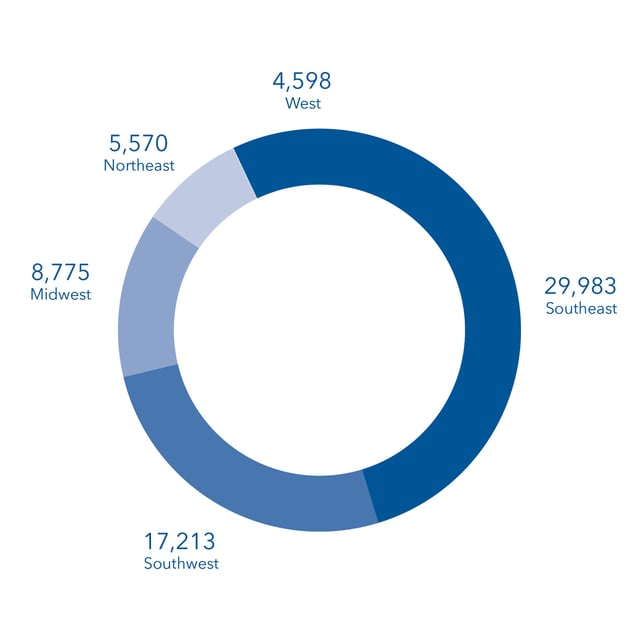 Latin America has now become a serious contender in the site selection game over the last decade. Companies are actively setting up operations in the region. Most of these projects stem from the need to consolidate pan-Latin America operations or serve customers in high-cost locations such as the United States. Within Latin America, Central America countries such as Costa Rica, Guatemala, Nicaragua and Honduras along with the South American country of Colombia has been very active while similar activity has been seen in Caribbean countries such as Jamaica and the Dominican Republic.

India and the Philippines dominate offshore region but growth is slowing

India and the Philippines continue to dominate offshore industry growth. In India, there have been a push for more rural call center expansion due to lower cost and marketing efforts of the government to create jobs in rural India. While in the Philippines, the region has successfully attracted higher-end non-voice operations such as software development, shared service centers and other knowledge processing operations. The growth of these back-office operations in the Philippines is creating new challenges for companies trying to attract the best talent, reduce employee attrition and control labor costs, not to mention the recent impact of changes to the PEZA economic incentive program and the Chinese sports betting companies.

Finding the optimal location for expansion continues to be a complicated question and requires extensive analysis to figure out the right answer. Based on the analysis conducted by Site Selection Group, it is clear that the United States, India, the Philippines, and Latin America have been established as the dominate geographies for an onshore, nearshore and offshore global footprint for U.S.-based companies; however, Eastern Europe, Africa and India continue to serve a role for companies needing additional languages or other skills sets beyond voice-related call center operations. To learn more about call center location trends, download the Global Call Center Location Trend Report or contact one of our global call center site selection experts to find the optimal location for you.