States with the Best and Worst Business Tax Conditions

As companies seek to expand or relocate their operations in the United States, tax conditions can play a major role in the site selection process.  The tax burden a company faces in a particular state will impact the ability of a community to be competitive despite any economic 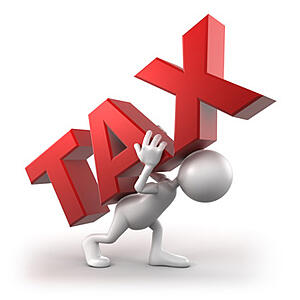 The impact on the site selection process
Tax conditions are typically evaluated early in the site selection process when site selectors are filtering communities based on critical location factors. This filtering occurs well before any contact has been made with any state. As a result, many states are cut from the candidate pool well before any economic incentives are proposed to the company.  A classic example is California, which typically gets eliminated in the first round due to their tax structure and labor laws.

Prioritizing taxes based on project type
A state’s tax burden will impact different types of projects in different ways. For example, a manufacturing plant or data center requiring a significant amount of capital investment may avoid states with excessive property and sales taxes, while an employee-intensive operation such as a call center might avoid states with high unemployment insurance tax rates and individual income tax rates.  Similarly, e-commerce companies with distribution centers may avoid state with high sales taxes. As a result, it is important to understand what taxes impact which business to determine which states are best for specific project types.

Conclusions
With many states overhauling tax structures, it is important to closely monitor the tax climate of each state as there are more changes coming. North Carolina, for example, is going through significant changes that should drastically improve its ranking next year. As a result, these on-going changes add to the complexity that companies face trying to identify the optimal location to expand their business.